Places like these are better seen than read about. It is almost impossible to put in words the beauty and hard work that has been put in this state-of-the-art palace.The Royal Palace was constructed in 1863 when the french protectorate was implemented in Cambodia and the capital moved from Oudong to Phnom Penh. Since then it has served as residence to the Kings of the Kingdom of Cambodia. 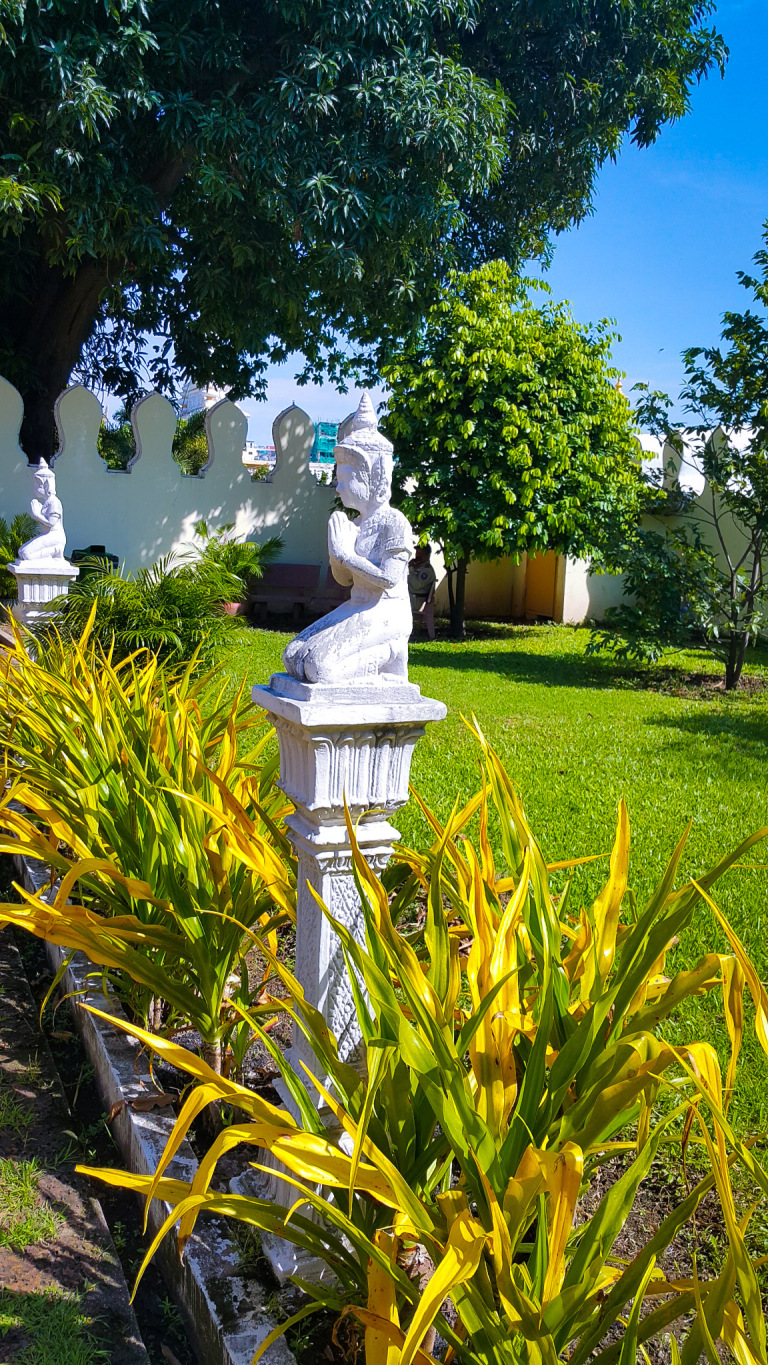 This is the “Buddha Tree” on the grounds of the Royal Palace. Buddhists believe that Buddha was born under this tree.

When a member of the Royal family dies, this is the gate they use to bring in their bodies. It is called “The Ghost Gate”. 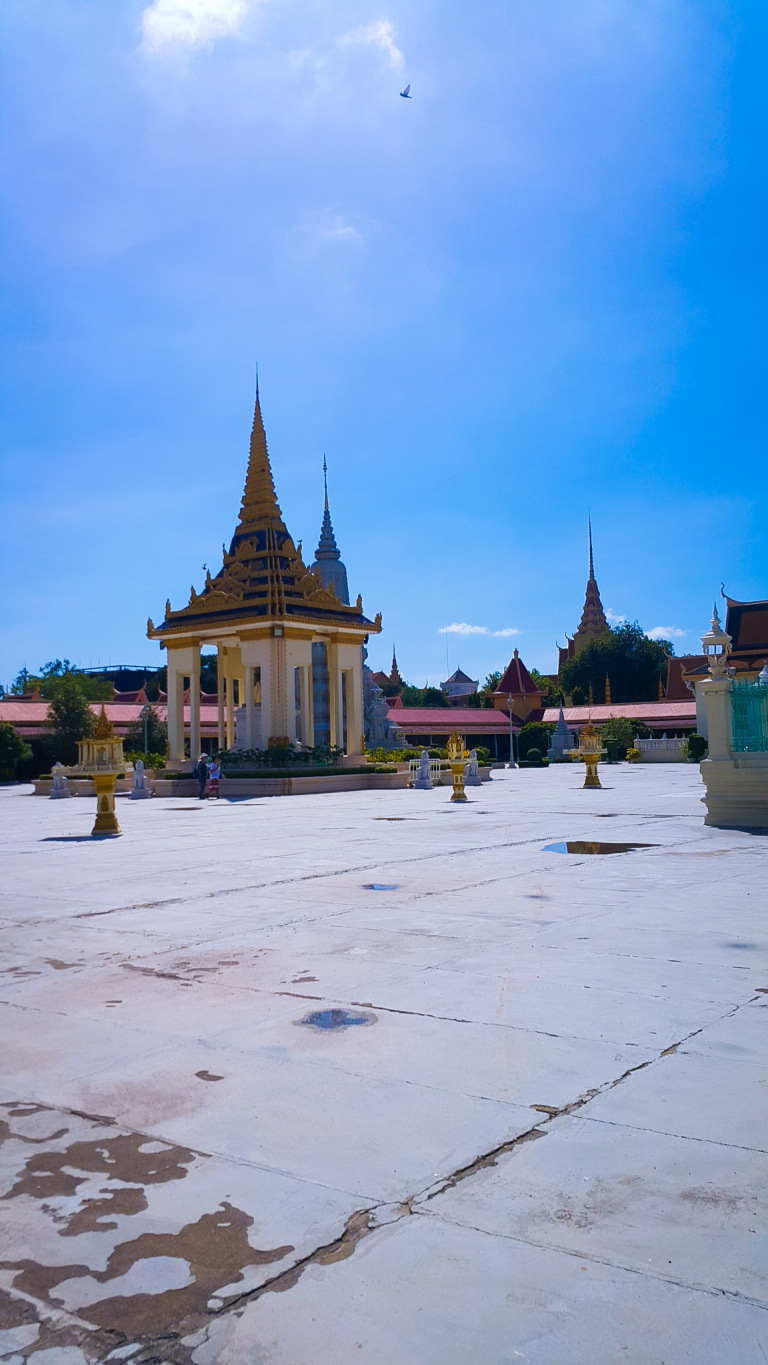 The Royal Palace is basically a complex of buildings divided by walls.

The Silver Pagoda is located to the south of the complex. The main building houses national treasures. The most attractive is a small 17th century baccarat crystal Buddha well known as The Emerald Buddha and a near-life-size Maitreya buddha encrusted with 9,584 diamonds. The Silver Pagoda itself is extravagantly inlaid with more than 5000 solid silver tiles and some of its outer facade was remodelled with Italian marble. 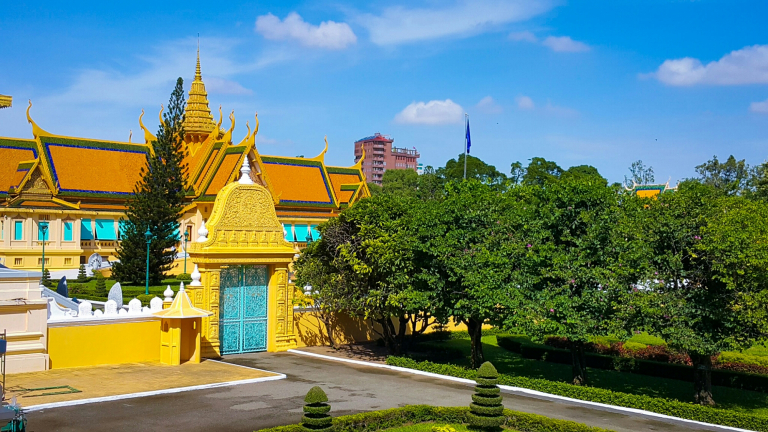 The Khemarin Palace is located to the north and it is used as the official residence of the king. Behind it is the King’s mother residence. This part of the Royal Palace is out of bounds for the public. 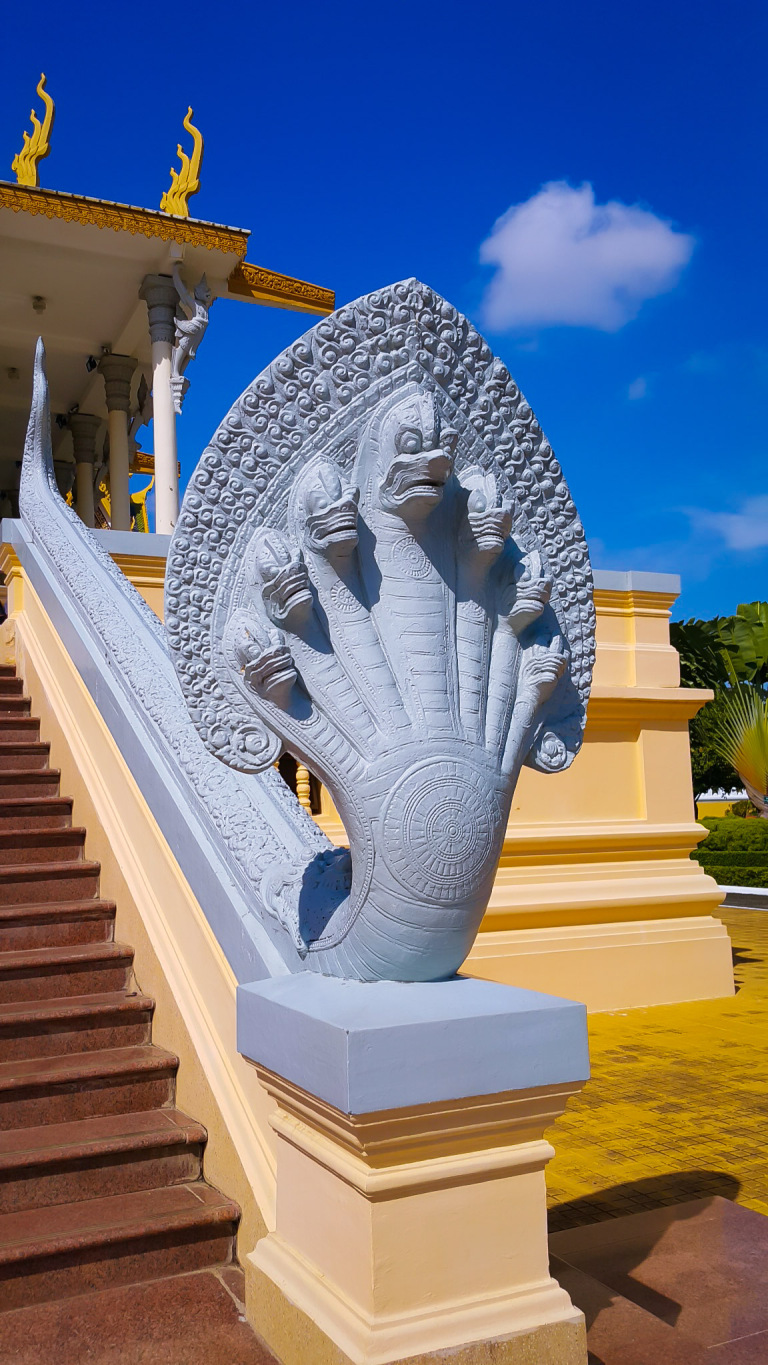 The Throne Hall is used as a place for religious and royal ceremonies such as coronations and royal weddings as well as a meeting place for the King’s guests. Unfortunately visitors are not allowed to enter, nor take photos. 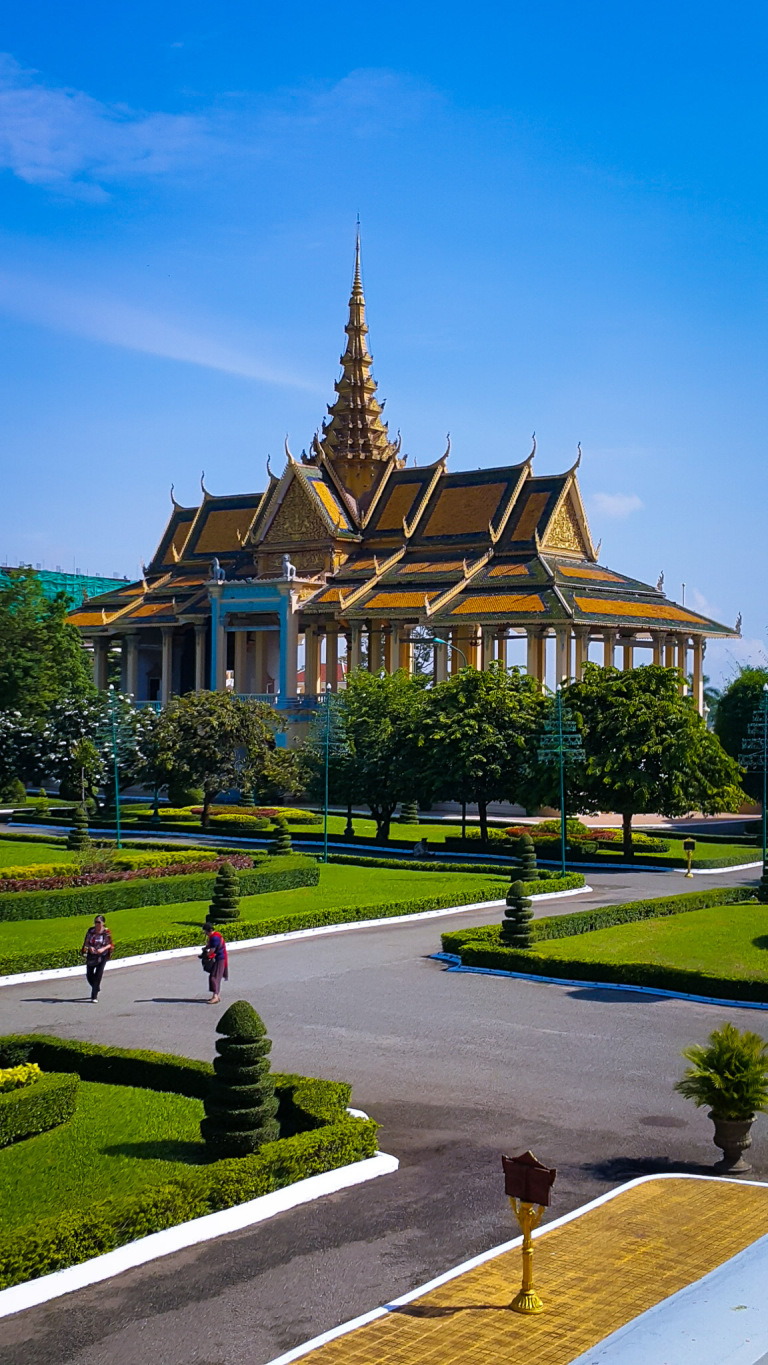 Another eye catching building is The Moonlight Pavillion. This open air pavillion was and still serves as stage for Khmer classical dance. 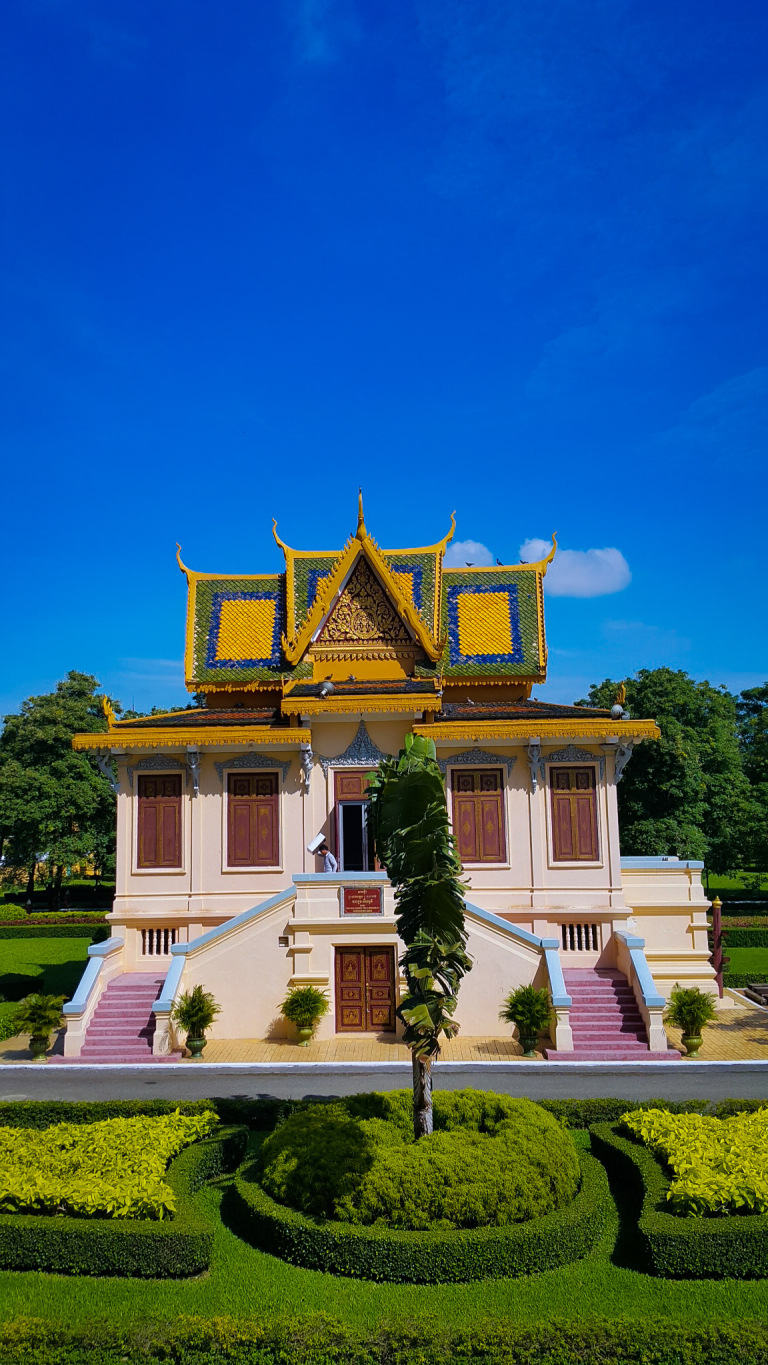 And this is the Pavillion where the king waits to mount an elephant for Royal Processions. Currently housing a display of gifts from foreign heads of states.

Below are some of the stupas on the Royal Palace grounds containing ashes of members of the Royal family.

Princess Kantha’s Stupa. She died of Leukaemia when she was 4 years old.

Remember to dress appropriately. Cover up and bring along a hat and sunscreen. I highly recommend a guided tour. It is 10$ more but totally worth it.