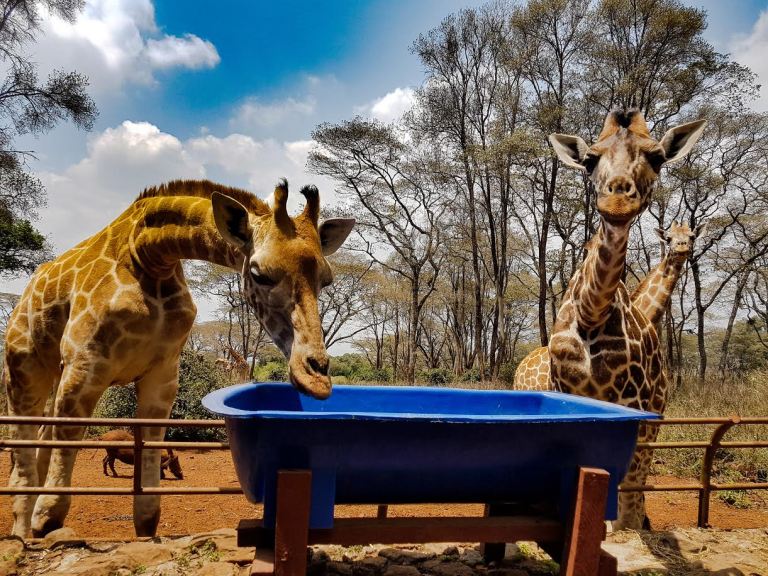 I just came back from Kenya, and as much as I wish I had juicy stories to inspire you to book your next safari holiday to this magical land, unfortunately, this time around, I don’t have much to rave about. Our trip was short and it was more work and less play. But inspiration or no inspiration, I can assure you that a visit to Kenya is always a good idea!

The highlight of my stay was visiting The Giraffe Centre with my not-so-little munchkin. 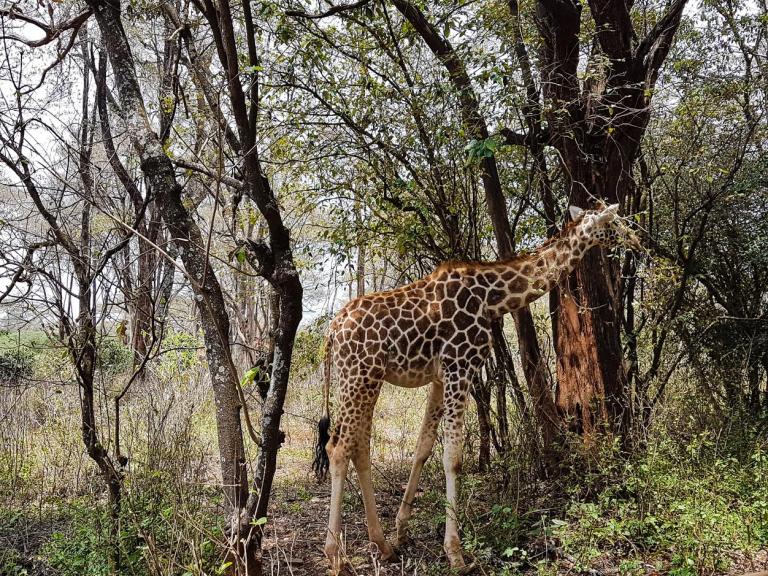 The Giraffe Center is a creation of the African Fund for Endangered Wildlife (AFEW), an organization that helps restore the population of Rothschild giraffes in East Africa. Apart from giving local and international visitors the opportunity to have a close encounter with giraffes, AFEW also serves as an educational center for many Kenyan school children where they come to learn more about wildlife and the environment. 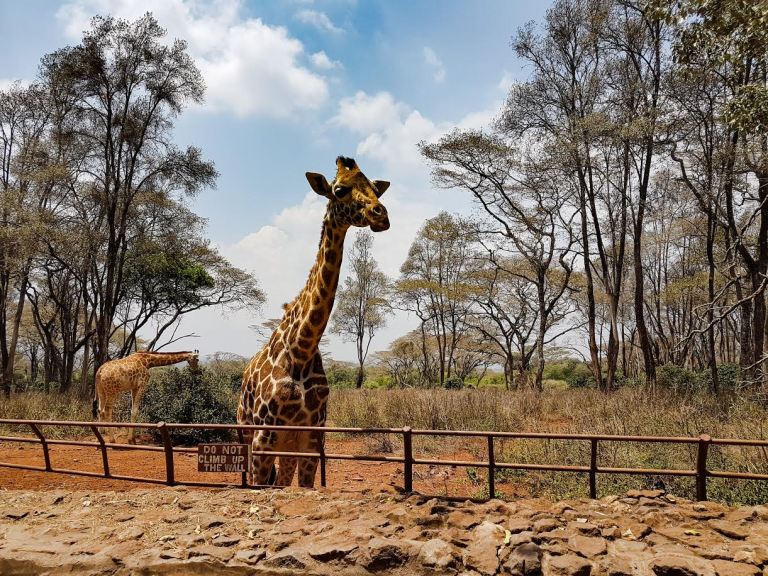 The AFEW center is also home to Giraffe Manor, a beautifully maintained colonial home, now an exclusive guesthouse where guests get a once-in-a-lifetime opportunity to have breakfast with giraffes. I’ve never been (it’s on my bucket list now!) but I assume it’s truly magical to have such an intimate interaction with these stunning animals. 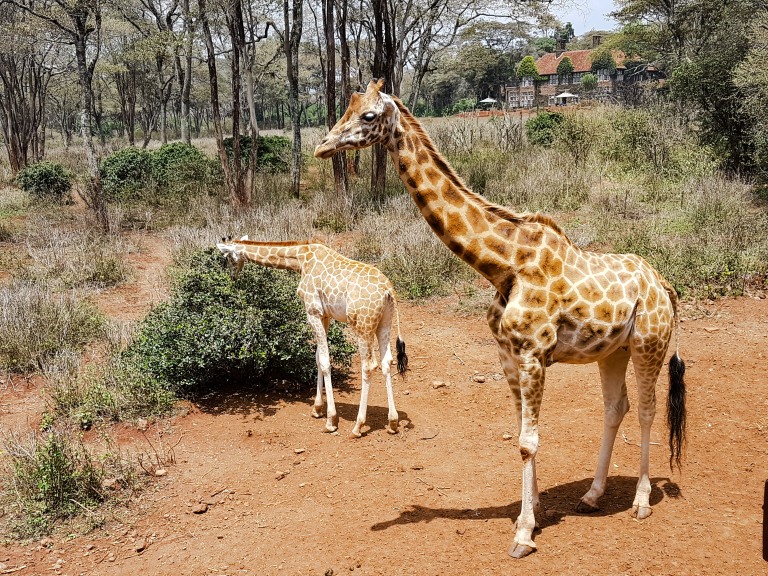 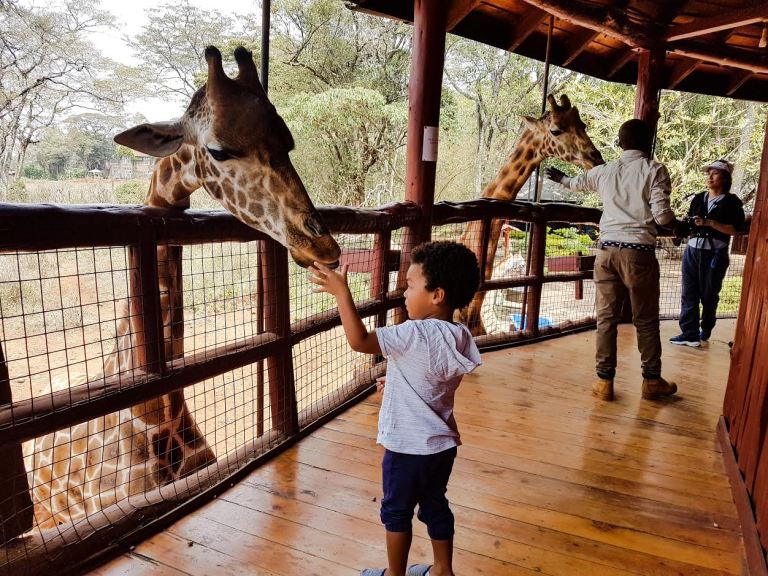 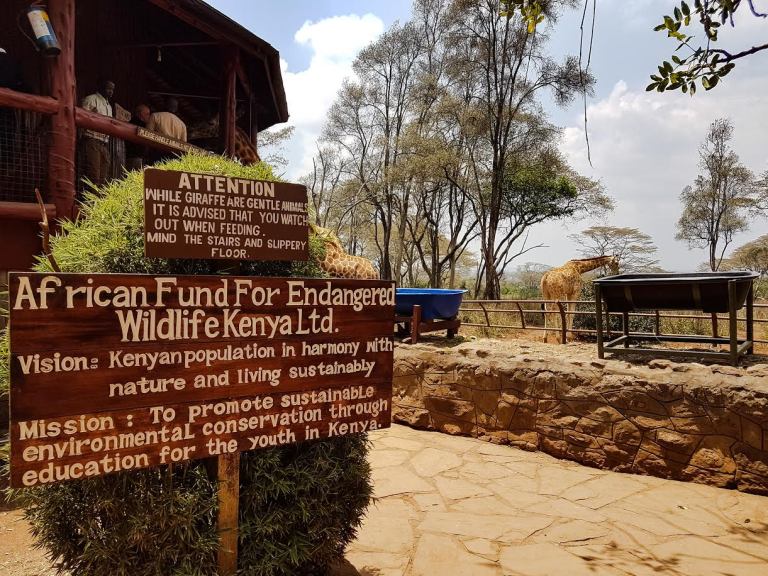 Betty Leslie-Melville, who has died in Baltimore aged 78, was, with her husband Jock, responsible for founding Giraffe Manor, a conservation centre and guesthouse near Nairobi, Kenya, which helped to ensure the preservation of Rothschild’s giraffe. Distinguished by its deep brown patterned coat, white legs and the male’s five skin-covered “horns”, Giraffa camelopardalis rothschildi was named for the zoologist Walter Rothschild. For years the giraffe was a favourite target for hunters in Kenya, eastern Uganda and southern Sudan.By the time that Jock and Betty Leslie-Melville bought their stone manor house at Langata – which had been built as a horse-breeding farm for the toffee magnate Sir David Duncan in 1932 – the population of Rothschild’s giraffe had dwindled to some 120 animals. The Leslie-Melvilles often found giraffes from a nearby national park wandering on to their 120 acres. “I’d wake up, and they’d have their heads in the second-floor window looking for me,” Betty remembered.An American by birth, Betty Leslie-Melville set up the African Fund for Endangered Wildlife USA in 1972; her husband created an equivalent Kenyan organisation. They adopted Daisy, the first and best-known of their giraffes, and two years later, five baby Rothschild’s giraffe were moved from western Kenya to their estate. In 1983, they established the Giraffe Centre. After Jock Leslie-Melville’s death in 1984, Betty opened their house to travellers, with the profits going to the education centre attached to the estate. There are now between 300 and 400 Rothschild’s giraffe in Kenya, and perhaps some 500 altogether. The Leslie-Melvilles are thought to be the only people ever to have raised wild giraffe.

Article via The Telegraph 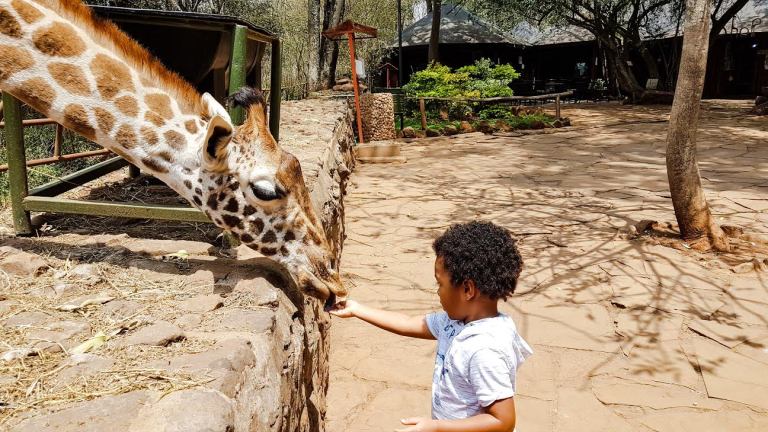 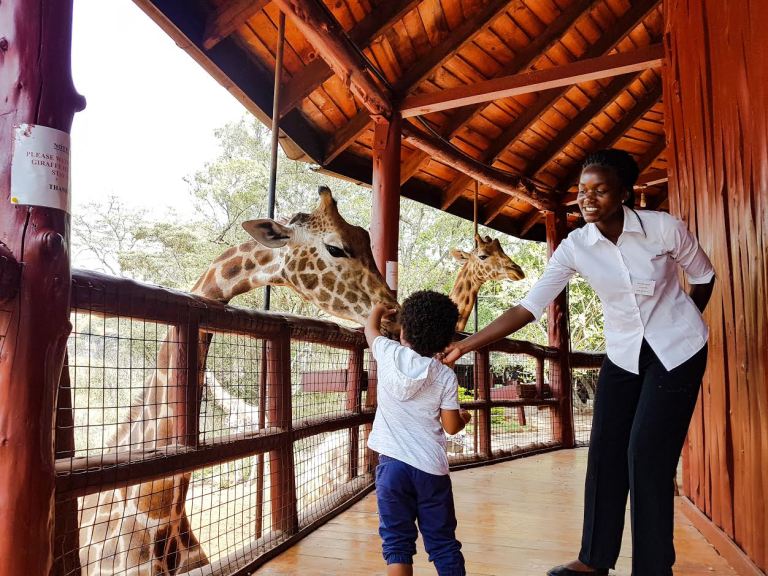 Singing “G” for giraffe and seeing a picture of it in a pre-school alphabet book was a lot different from getting up close and personal with these tall, majestic creatures. Roby was scared at first, but after a few minutes, he was over the moon feeding and petting them. Apart from giraffes, we spotted warthogs snuffling about in the mud. We ended up overstaying, but it was well worth it. It was time well spent. 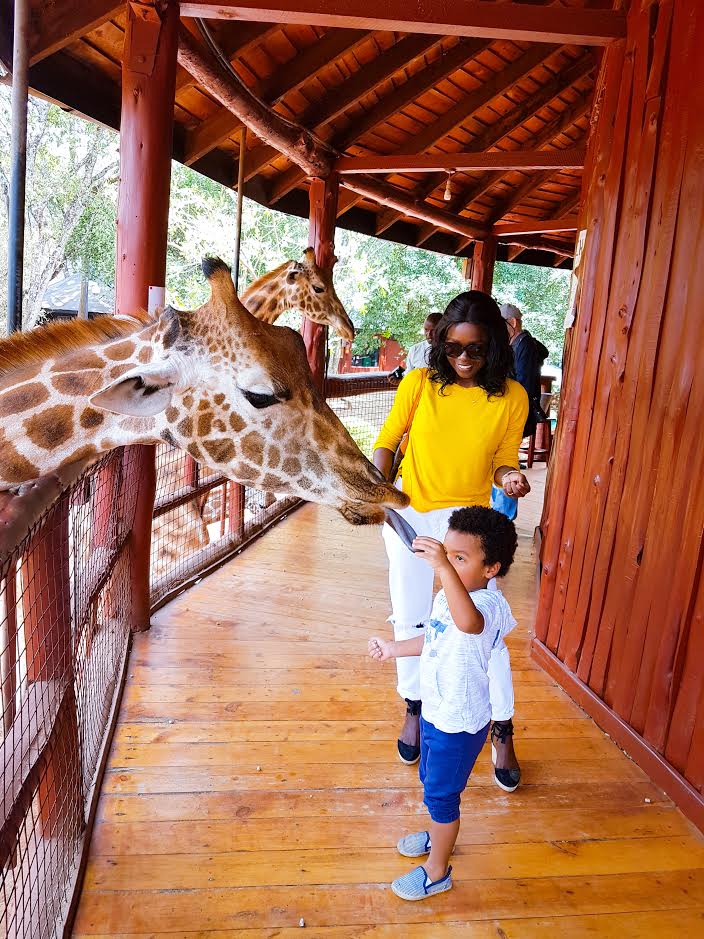 The Giraffe Centre is open from 9 AM to 5 PM, seven days a week. Feeding and tours operate throughout this time. Remember to carry a valid Identification Card with you. Proceeds from entry fees go towards our conservation education work with students and teachers across Kenya.

8 thoughts on “KENYA | A DAY WITH GIRAFFES.”

Leave a Reply to Lora by Lora Cancel reply