The art scene in the Philippines was in full bloom this past weekend as the most anticipated annual art event took place. Art Fair Philippines 2018 was a four-day event that brought together artists, art enthusiasts, gallerists, and collectors in a large-scale showcase that transformed the entire car park of The Link Ayala Center here in Makati city into an art exhibition venue.

Fifty-one galleries exhibited and sold the best in modern and contemporary Philippine visual art. The artwork spanned various genre—sculptures, installations, paintings and this year, for the first time, even photographs. 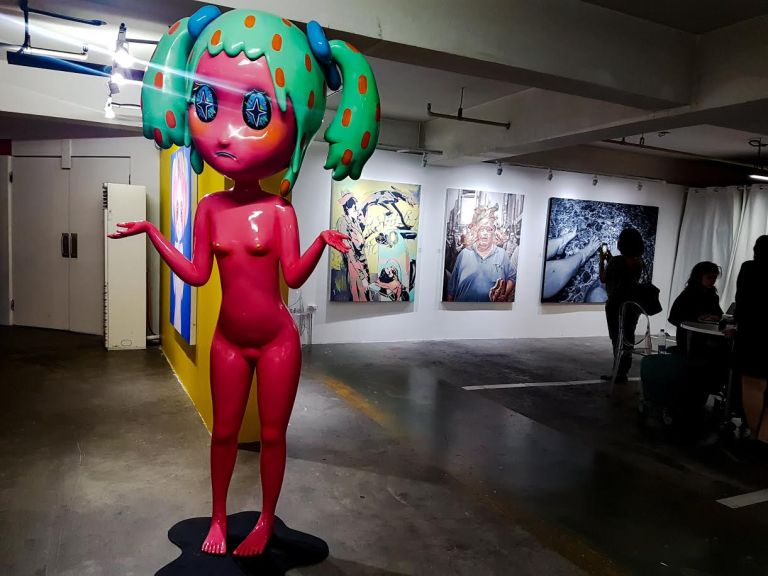 The Art Fair was a great opportunity for me to geek out on some of the local Van Goghs and Picassos and their fascinating work, historical and cultural contexts, different painting techniques, etc. I also enjoyed engaging in unexpected conversations with some artists, gallerists, and other art lovers.

My love for art began to develop when I started travelling and even though I am not well-versed when it comes to its different forms, it is a way of expression that I highly appreciate. I think there’s something magical in consciously creating something meaningful using skill and imagination.

Everything you can imagine is real. –
Pablo Picasso

Walking through four floors filled with art was overwhelming and enchanting at the same time. All amazing pieces evoking different feelings. While others were more appealing and fun to stare at, others were more deep and though-provoking, and some were, at least to my untrained eye, absolutely incomprehensible.
Here a few pieces that stood out for me.

THE VANISHING TATTOOS OF THE KALINGA TRIBESWOMEN BY JAKE VERSOZA

The last tattooed women of kalinga presents a series of portraits by Jake Verzosa who laments and celebrates a dying tradition of tattooing in villages throughout the Cordillera mountains in the northern Philippines. For nearly a thousand years the Kalinga women have proudly worn these lace-like patterns or Batok on their skin as symbols of beauty, wealth, stature and fortitude. Applied as part of a painful ritual, the vivid tattoos-abstractions of motifs such as ferns, rice bundles, centipedes and flowing rivers-reflect a rite of passage and a powerful bond with nature. Yet today this intricate form of self-adornment has largely been abandoned due to changing aesthetic perceptions.

Between 2009 and 2013, Verzosa traveled extensively to document the last generation of women with the batok. The resulting pictures reveal the artistic designs of the tattoos, as well as their symbolic functions as signs of social belonging and testimonies to personal struggle and triumph in which the skin becomes a ‘’story’’ Accompanying Verzosa’s portraits is a detailed illustrated glossary of the tattoo types and their meanings. 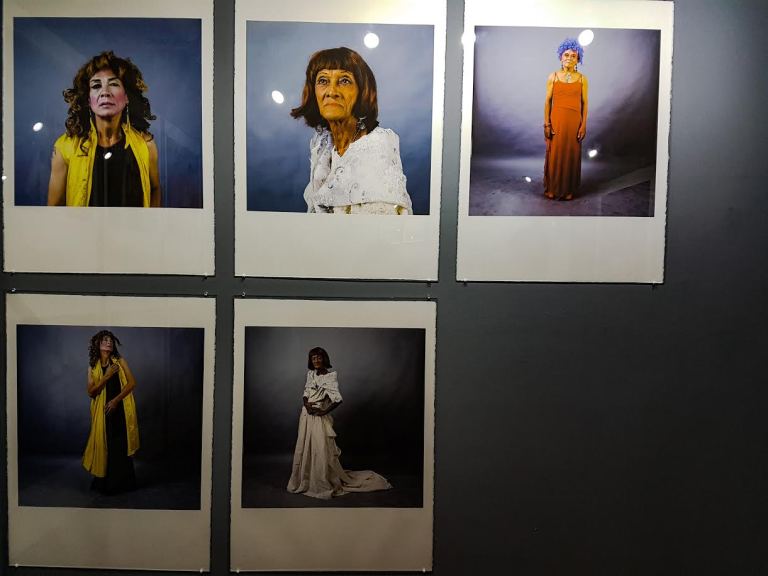 WEEGEE BLACK AND WHITE PHOTOGRAPHS FROM THE 30s and 40s 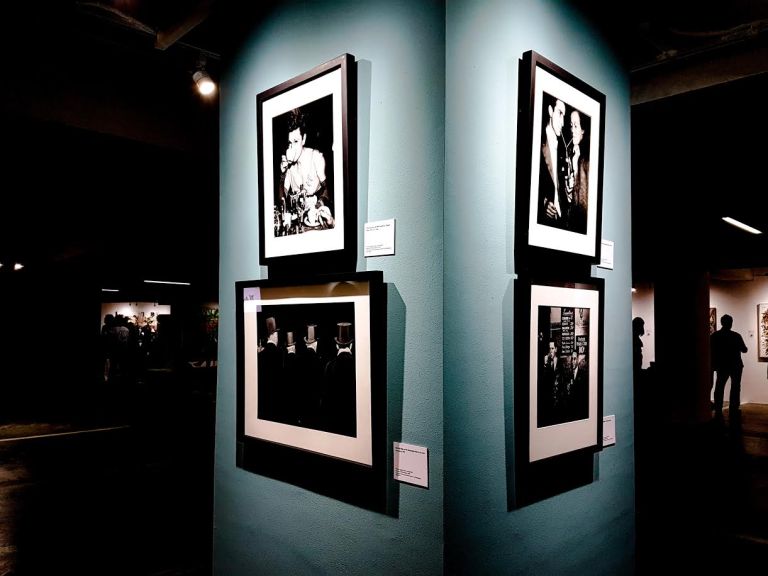 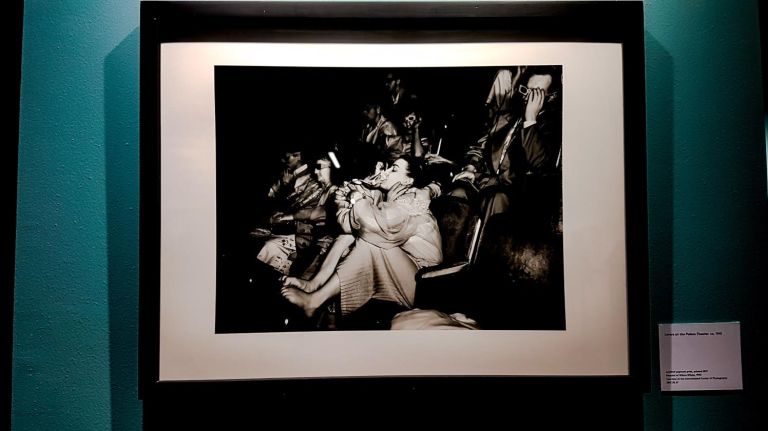 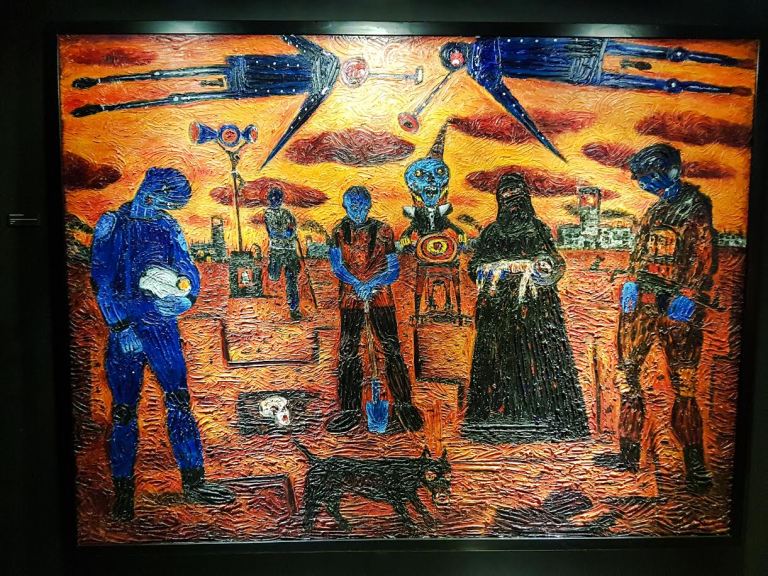 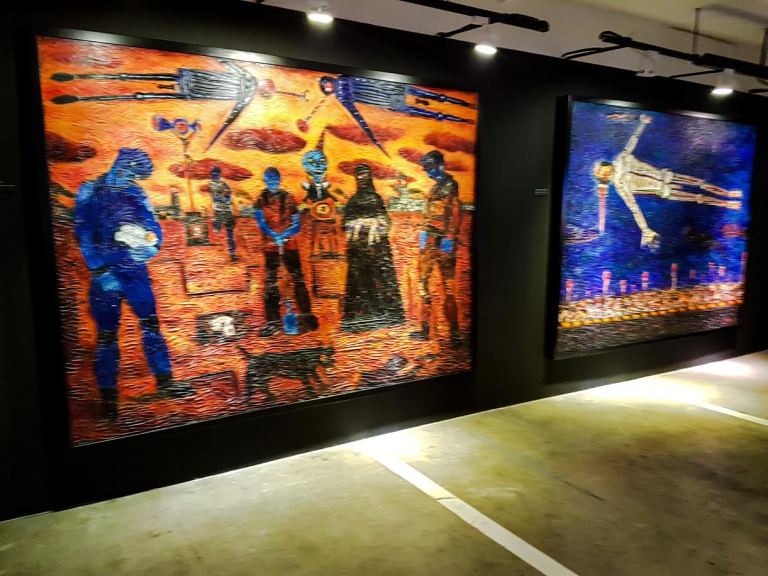 The Art Fair is full of objects, more or less interesting; I wish to add 21,124 more
-Nilo Ilarde

The work of Nilo Ilarde takes cue from a statement declared by Americans conceptual artist Douglas Huebler: ”The world is full of objects, more or less interesting. I do not wish to add any more.” 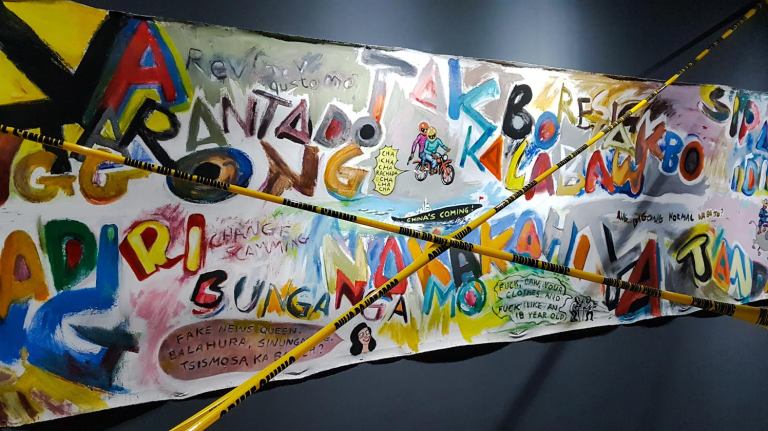 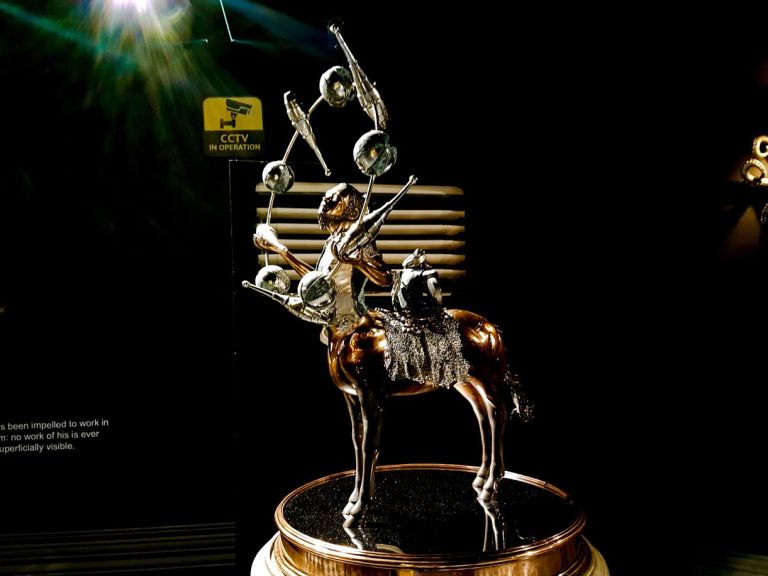 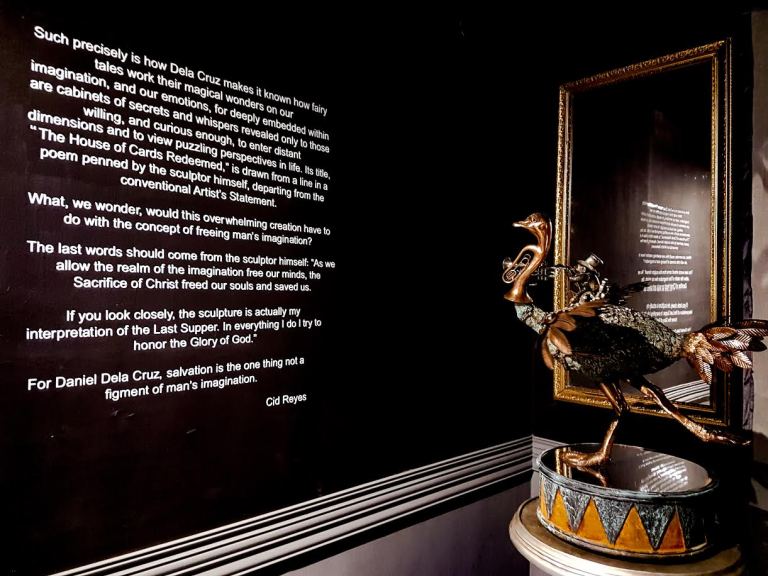 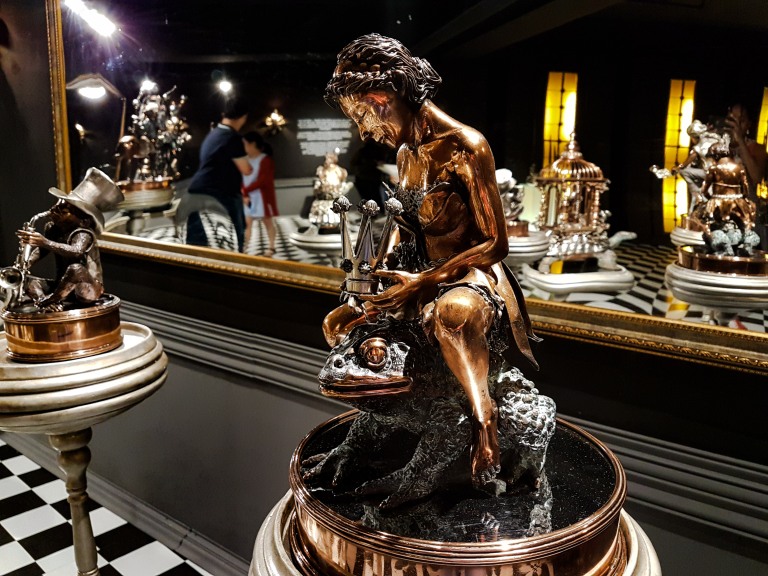 LABADIOU PIKO
I was drawn more to Labadiou Piko’s paintings. He’s an artist from Prabumulih, Indonesia who also happens to be Asia’s 10 most inspiring visual artists. From a distance, his pieces are just simply paintings, but the closer you get and the more you observe, a story unfolds.

Art is not what you see but what you make others see. – Edgar Degas

‘’…His works are allegories and metaphors that reflect his daily life. He creates his works using the medium of painting and photography. Mostly abstract and intuitive, his works are inspired by the people he meets each day, things that happen to him, and places he has been to. A visual diary is produced whenever he captures memories, feelings and his own imagination….’’
Originally appeared on Top 10 Asia

Art is a world of its own and it is amazing just how much we can relate or discover ourselves through other people’s work. It’s like listening to a song for the first time and, all of a sudden, feeling like the lyrics were written for you. I’m taking baby steps in understanding what appeals to my eyes, but most importantly to my soul. 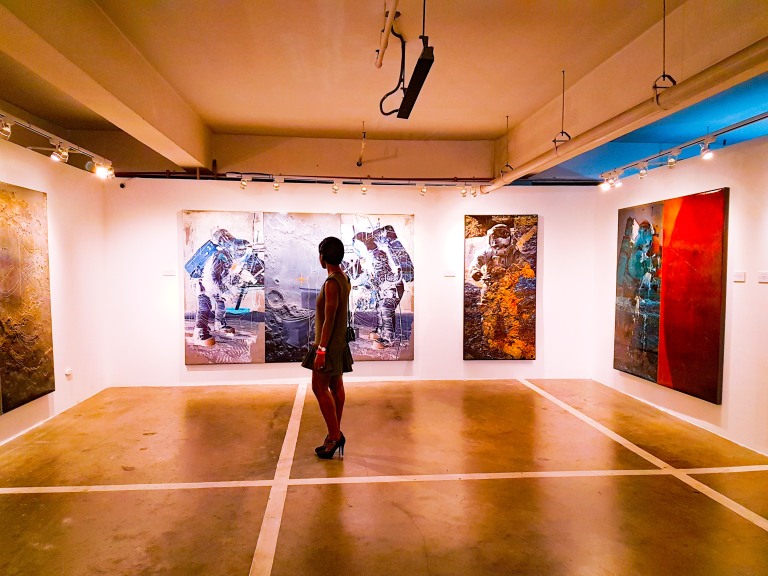 Art enables us to find ourselves and lose ourselves at the same time.
– Thomas Merton

I feel there is nothing more artistic than loving people.
– Vincent Van Gogh